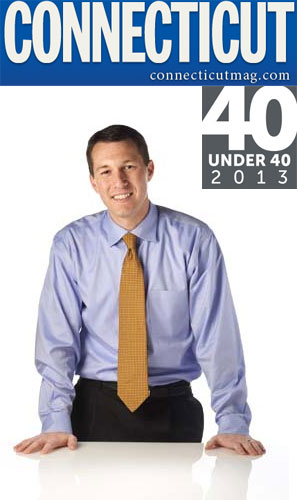 The Music People, Inc. is proud to extend congratulations to its own Tom Tedesco for his inclusion in this year’s Connecticut Magazine 40 Under 40 list. To his co-workers, it’s no surprise that Tom takes his place with “the best and the brightest among Generation Next”. It’s further proof that TMP has the best team in the industry!

From graduate assistant with UConn women’s basketball to director of operations for the WNBA, Tom Tedesco seemed on course to work in basketball administration. But then he joined Outrageous Ventures in Hartford, where he tripled sales in two years and was named COO. Now director of business development for The Music People in Berlin, he oversees new initiatives (e.g., forming a sister company in China) and was instrumental in having the pro audio distributor named a top state workplace. He still plays basketball,  and also runs for the cure.

Come on down to booth #5940 for live music! The On-Stage Stands and TMP Pro Distribution booth has the best lineup in the show.
Read More
- Posted on 2013-01-18

The hands-Free solution for the Apple iPad Air!