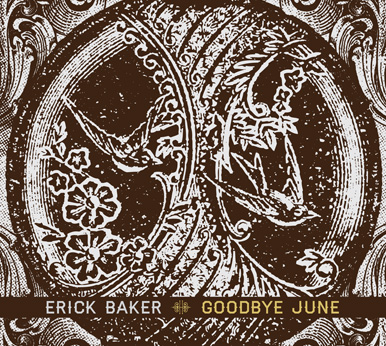 Known for his sincere and emotive style, Erick Baker is a rising star in the acoustic music scene. Baker’s music has attracted a following across the country and in Europe, with regular airplay on major radio stations. Currently on tour supporting his fourth album, Goodbye June, Baker is bringing his heartbeat rhythm and personal, soulful message to a uniquely diverse audience. Some of the artists with whom Baker has shared the stage include John Legend, James Blunt, Gavin Degraw, Edwin McCain, The Goo Goo Dolls, and Brandi Carlisle.

On-Stage Stands is proud to have Erick Baker on board as an On-Stage Artist. As a touring musician, Baker relies on a wide range of On-Stage Stands accessories to get the job done night after night. Among his list of go-to gear are the HotWires PC-312B and PC306B Pedal Couplers, HotWires Pro Mic and Instrument cables with Neutrik connectors, the On-Stage Gear GTA7800 True-Bypass Tuner, the On-Stage Stands GS7465 Pro Flip-It® A-Frame Guitar Stand, MS9701B Platinum Series Euro Boom Mic Stand, and MB7006 6-Space Microphone Bag.

On-Stage Stands products are designed with working musicians in mind, with gear for everyone from professionals like Erick Baker to weekenders and students. Check out all of Baker’s gear at www.onstagestands.com