The Music People was recently featured in The Hartford Courant newspaper. Touching on the company’s history, rise, and continued growth, the article offers an inside look at one of Connecticut’s best. Read the entire article below, or click here  for the original posting at courant.com. 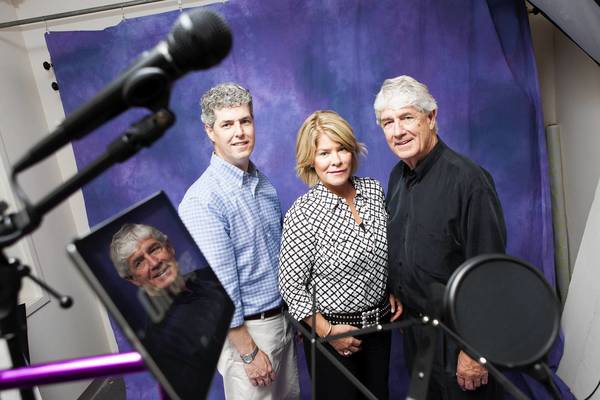 BERLIN — When Jim Hennessey founded The Music People! in 1979, keyboard stands and guitar stands weren't branded. You bought a $5 stand, and that was it.

Hennessey, now 78, started his career as an apprentice at Pratt & Whitney, and eventually did advertising and sales promotion at Ovation, the guitar-manufacturing business started by helicopter pioneer Charles Kaman. Hennessey proposed adding an accessories program there but was turned down.

He and another Ovation employee struck out on their own, with funding from a New York man who could use a loss for a few years for tax purposes.

Hennessey said it wasn't feasible to make guitar or keyboard stands in America because of high manufacturing costs, so he designed products and had them manufactured in Japan, or tweaked others' designs. Manufacturing later moved to Taiwan, then to 40 factories in China. And now, Jim said, "Sharon wants me to go to Vietnam." Sharon Hennessey, 47, his daughter, joined the company soon after graduating from college.

Until 1979, accessories, under the On-Stage Stands or Hotwires brand, were all The Music People! did. But in 1985, they began distributing microphones and other audio equipment, and that now accounts for 45 percent of TMP's $40 million in annual revenue.

Shure, a giant manufacturer of microphones and headphones, has used TMP as a distributor for more than 15 years, according to Jim Schanz, Shure's director of sales for Eastern U.S. and Canada.

"They have access to small to midsized companies that we may not have a direct relationship with," Schanz said, and "they're able to inventory our products and ship them in a very timely manner."

John Hennessey, 44, the youngest of Hennessey's four children, joined the company in 1991. He said retailers also get TMP's deep knowledge. "We are audio engineers who understand the product," he said. "Sometimes distributors are known as box movers. We are not that."

Jim Hennessey agreed, and said some of the salesmen are musicians. "They still play out," he said.

The Music People! has 61 employees, with nine working in warehouses in Kentucky and California and five in China. The company started selling in China in 2011, because it's going to be the world's largest consumer market, and hundreds of millions of people in China already have disposable income.

"There is a market for American engineering, American-branded products [in China] and they're willing to pay a premium for it," John Hennessey said. About 10 percent of TMP's sales are outside the United States.

In addition to selling accessories that Jim Hennessey designed or tweaked, TMP manages contract manufacturing for some bigger companies.

Sharon Hennessey said TMP makes it profitable by doing extremely high volume, and by pushing out their competitors at large chains like Guitar Center.

The company has quadrupled its sales in the last 11 years, and more than doubled sales from 2009 to 2012.

"When people have job insecurity they fall back on what makes them feel good," John Hennessey said, so if they play music, that's something they'll spend on. Since it's a lot more affordable to buy a new guitar strap, drum sticks or stand, TMP benefits.

With the growth came the need for more people. The Music People! moved to a larger warehouse in Cheshire in 2012 and opened the Kentucky warehouse in 2011. In 2012, TMP added nine jobs, and received $90,000 in a grant from the state's Small Business Express program.

The company's growth comes in bursts after it integrates new staff, and 2013 is expected to be pretty flat.

"Our biggest hurdle is finding people," said Sharon Hennessey. The company is looking for a project manager, a product manager and a salesperson.

"We really do rely on people to self-manage themselves," John Hennessey said. "Not everybody has that."

In 2012, TMP decided to stem a race to the bottom in prices through online retailers by enforcing a minimum advertised price for brands it owns and distributes.

"There wasn't a lot of faith we were going to pull this off," Sharon Hennessey said, because stands are low-priced, commodity items. "We walked away from some business," she said, even cutting off one retailer that had moved $250,000 worth of their products in a year. But, she said, the bottom feeders aren't the people that you can count on to buy some products when you're overstocked or forecast demand for products three months out.

Jim Hennessey works from 5 a.m. to 5 p.m. daily, and said he has no plans to retire. He excitedly shows off an iPad holder that he designed, which attaches to a microphone stand; the product will be launched soon. In addition to the performance market, he thinks it also could snap onto a grocery cart, a baby stroller, a wheelchair or a hospital bed.

"I wasn't the first guy out there with an iPad holder," he said. "We did what we always do — we made it cheaper."

Read the entire article on Courant.com
Tweets by @onstagestands

On-Stage Stands is proud to announce a new artist endorsement from Jason Sawford, keyboardist and founding member of Australian Pink Floyd. Sawford’s endorsement is the latest in a list of top-notch artists using On-Stage Stands...
Read More
- Posted on 2012-10-02